In this essay I hope to frame the Trump Administration with principles derived from John Locke’s Second Treatise on Government, a foundational piece in the development of Western democracy and liberalism. First, I’ll introduce Locke’s perspective on virtuous government, especially his remarks on tyranny and despotic government. Then, I’ll cover some behavior from the Trump Administration that one might argue falls under Locke’s definition of “unjust” government. Lastly, we’ll question the analogy, its possible implications, and where to go from here. 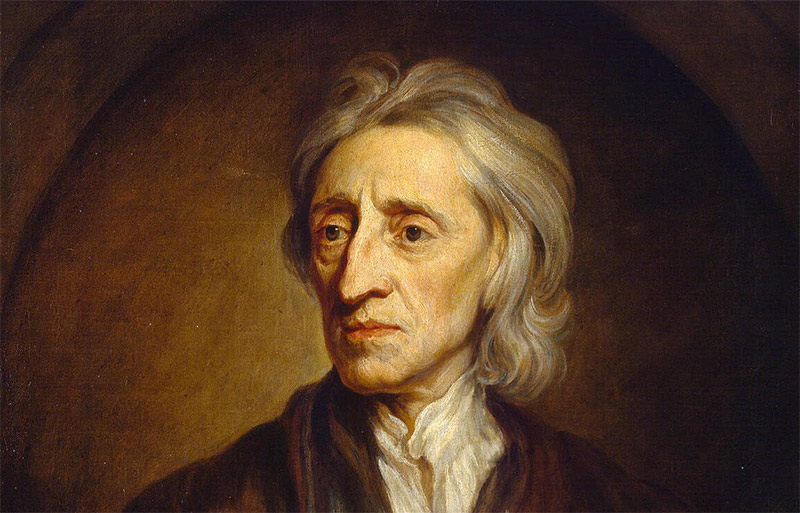 John Locke in his Second Treatise on Government sought to distinguish just government from unjust government. It is famous for its discussion of natural rights, social contract, and private property in general. Locke was very much devoted to rejecting authoritarianism, and is made clear through the piece. He is not without controversy, for example regarding his involvement in the dispute over slavery in society.

Ultimately, his writing paved the way for Western civilizations, including the Founding Fathers of the United States. Of course, we’ll never know what he would have thought about modern government and politics, but we can try to imagine.

To begin, I will introduce a quote from Locke from the section Of Political or Civil Society, where he states movingly:

Man being born… with a title to perfect freedom, and an uncontrolled enjoyment of all the rights and privileges of the law of nature, equally with any other man… hath by nature a power, not only to preserve his property, that is, his life, liberty and estate, against the injuries and attempts of other men

This sets well the stage for the rest of the discussion. In particular, Locke ascertains that individuals in society should have an unquestionable right to their own lives, freedom, and land, and this should always be the case and others should not be allowed to break this.

Locke claims that government should be limited and constitutional, with the authority only to function as society, as the people, entrusted in it. He argues that this function, or “chief end,” of “men’s uniting into common-wealths,” is simply “the preservation of their property.”

So, this begs the question, what happens if the government fails to achieve or attempt to achieve this function? Well,

for where the power, that is put in any hands for the government of the people… is applied to other ends, and made use of to impoverish, harass, or subdue them to the arbitrary and irregular commands of those who have [property]; there it presently becomes tyranny

Locke further clarifies that tyranny is “the exercise of power beyond right” and that “where-ever law ends, tyranny begins.” The federal government of today is notorious in its exercise of power, with many claiming it is completely justified for the safety of the nation, and others firing back that in most cases these are gross abuses of this power.

Four years ago, the electoral college voted Donald Trump into the White House. Since then much controversy and conspiracy has penetrated the American public. I am curious how Locke’s principles would apply to the Trump Administration as a democratic government. Of course, modern America is vastly different from the monarchies and colonial revolutions with which Locke was accustomed, so in some regards it’s moot to even attempt the comparison. Nonetheless, many might argue that the Trump Administration has acted on numerous occasions with what Locke might call “arbitrary” power.

For example, let’s dive straight into the federal deployment of heavily armed agents to protesting areas across the nation. Due to the killing of George Floyd, protests and calls for change began in almost all major cities in the country. Some of these turned violent, with the property rights of some being infringed upon. Therefore, it would seem reasonable, if not proper, for federal agents to step in to quell the violence and reinstate the right and privilege of citizens to preserve their property. 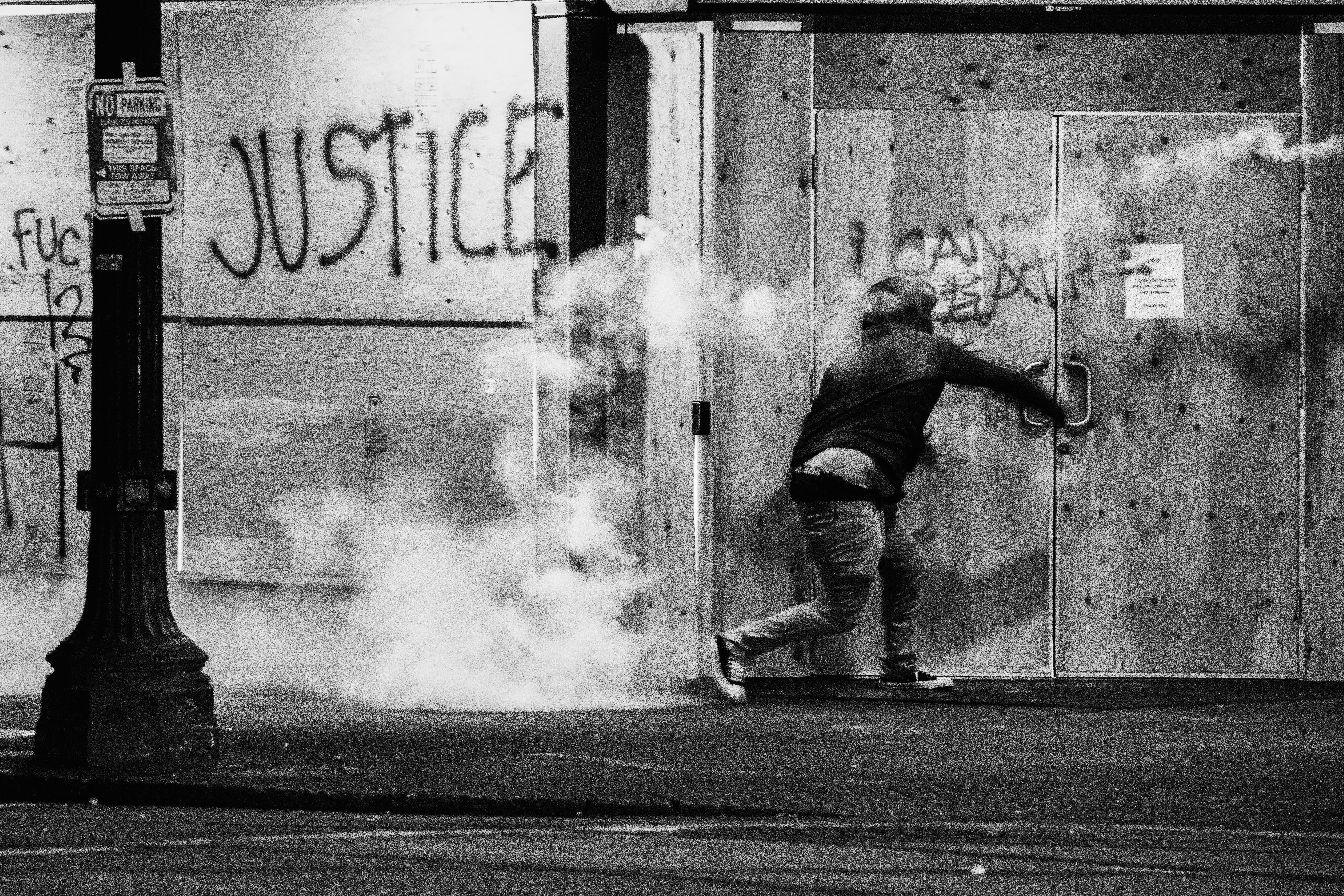 Figure 2. A protester throws a tear gas canister back at police during a Black Lives Matter protest in Portland, Oregon. Courtesy Tito Texidor III on Unsplash

However, many argue that the deployed federal agents have exceeded their power, for example, by detaining demonstrators without probable cause. Moreover, the agents have “responded with huge plumes of tear gas, rubber bullets and flash bang grenades,” according to AP News. To what extent is this use of force justified? Is this an unnecessary display of power, with the intent to “harass” or otherwise “subdue” the civilian, beyond what’s necessary to protect the right to preserve one’s property?

As another example, consider the language and rhetoric employed by the Trump Administration. As the Brookings Institute put it, Trump has “taken to a new level” the discrediting of the media, science, and essential government agencies. His persistent attacks on (especially Left-leaning) media and news sources undoubtedly has many paradoxically questioning the veracity of factual reporting. With COVID-19 taking a devastating toll on not only the American public’s physical health, but also mental health, it is difficult to understand why there is so much friction and derision toward the scientific community. Lastly, there has been constant denial and delay regarding the virus and the calls for racial justice, which has undermined the capabilities of local and state governments. How has this tactical (or accidental) behavior eroded the trust between citizens and their federal government? Does such behavior protect society? Does it intellectually subdue the people?

On the contrary, it seems as though many of the legislative changes enacted under the Trump Administration have revolved around foreign affairs, which I believe is slightly beyond the scope of Locke’s principles. For example, Executive Order 13769 was a big controversy, but I’m not sure Locke would really argue against such drastic (and ill-motivated) measures in the name of protecting society. One might rebut that this Executive Order was in fact a form of harassment against existing Muslim citizens. I’ll leave it to you to judge how Locke would stand.

Knowing what we do about Locke and a small sample of the Trump Administration’s actions, let’s explore whether such actions meet Locke’s standard of tyranny.

According to Pew Research, about 59% of Americans disapprove of Trump’s performance as president. There are many reasons one might disapprove of any president’s job, but based on the evidence above, a strong reason to disapprove of Trump’s would be his unjustified harassing and subduing of the American people. The Second Treatise is notoriously ambiguous, including around its terms of harassment, subduing, and impoverishment; however, it is not unlikely that some of the president’s actions might be labeled as Locke described. If we agree that some (is “some” all that is necessary?) of Trump’s behavior has subdued the rights of citizens or harassed their well-being, then it would be fair to label these actions as tyranny.

The question then becomes, are a few tyrannical actions indicative of an entire government marked by tyranny?

Suppose the Trump Administration is marked by tyranny, what then? Well, as Locke puts it:

The people generally ill treated… will be ready upon any occasion to ease themselves of a burden that sits heavy upon them.

He continues a short while after that to claim,

if a long train of abuses, prevarications and artifices, all tending the same way, make [the government’s intentions] visible to the people… it is not to be wondered, that they should then rouze themselves, and endeavour to put the rule into such hands which may secure to them the ends for which government was at first erected

Is it time for the unsatisfied American people to rise up and put an end to the current government, in order to re-establish a better one? To be clear, Locke made the distinction between just government—-which seeks to preserve the life, liberty, and property of its citizens—-and unjust government—-which systematically violates the citizens’ natural rights. And to put it simply, Locke also justified rebellion under the latter.

Regardless, modern US government was not orchestrated exactly by Locke’s theories, and we are not governed by laws which he himself wrote. Thus, it seems farcical to suggest anyone overthrow the government. That would be weighty. However, one should not refrain from judging modern government to the principles upon which its stands.

John Locke, unlike any other, built the proto-foundation of America. He had a clear stance against authoritarianism and arbitrary power. Today’s federal government has caused a stir in the American public, perhaps unlike any other in the last 50 years. Locke defined how governments could fail their people and come to a dissolution. The Trump Administration, on several occasions, has acted in ways that hark back to Locke’s definition of tyranny. Locke defined rebels as those who “by force justify their violation” of the “constitution and the laws of the government.” Is it time to rebel, to “bring back again the state of war”?

Let me know on Twitter or by email what you think of my analogy drawn between Locke’s definition of tyranny and the Trump Administration!